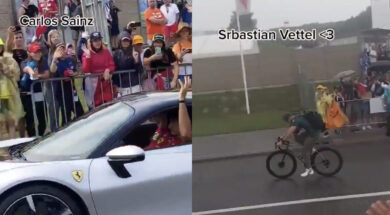 6 augustus 2021
SportVideos
67.23K
All F1 drivers left the circuit of Hungary in their sports cars but there was one who chose a different kind of transport. Watch Sebastian Vettel leaving on a bike.
Read more 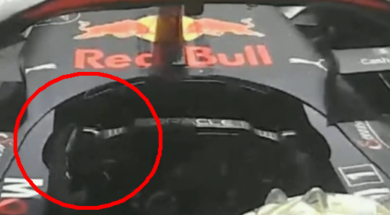 26 mei 2022
SportVideos
62.56K
We have all heard the radio message by Max Verstappen which said “That’s because I push that button f***ing fifty times!”. This was a reply after his engineer told him he closed the DRS himself. Below we bring you footage of Max smashing that button 20 times in a row.
Read more 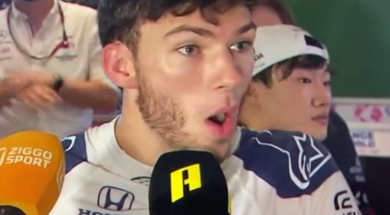 12 december 2021
SportVideos
60.00K
Pierre Gasly and Yuki Tsunoda saw the last lap overtake for the World Championship during the interviews. Watch their brilliant reactions on this incredible last moments of the Formula 1 2022 season.
Read more 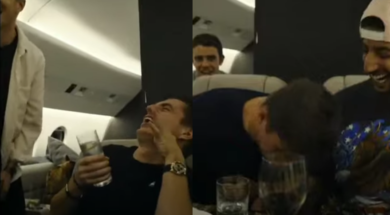 VIDEO: Footage Of Drunk Max Verstappen With Other F1 Drivers

19 december 2020
SportVideos
59.06K
Max Verstappen, Daniel Ricciardo, Nico Hulkenberg and Paul Di Resta had some fun in a plane after a race. This footage was shot and published in the new three-part Max Verstappen documentary. The documantery is named ‘Whatever it Takes’ and is broadcasted on Dutch television.
Read more 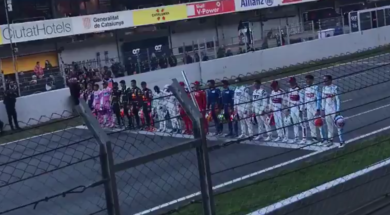 19 februari 2020
SportVideos
56.22K
We all remember this moment by Daniël Ricciardo before the press conference of the Brazilian Grand Prix last year. Today during the 2020 photo in Barcelona he was back. [adrotate banner=”12″] [adrotate banner=”7″]
Read more 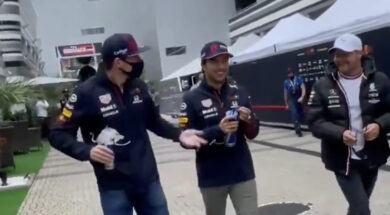 27 september 2021
SportVideos
53.84K
Before the start of the Russian Grand Prix Max Verstappen And Valtteri Bottas had this moment in the paddock.
Read more 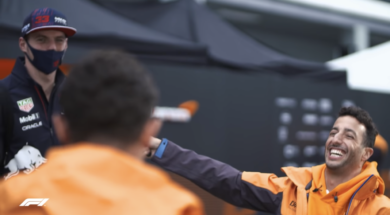 2 oktober 2021
SportVideos
53.27K
In the Russian Paddock there was this interview between Daniel Ricciardo and Lando Norris. At one moment Max Verstappen passed by and the McLaren drivers were ‘impressed’ by Max’ trousers… View this post on Instagram Een bericht gedeeld door ??? ?????????? ??????? (@maxv1stappen)
Read more 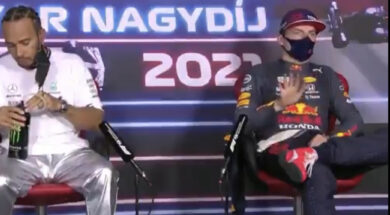 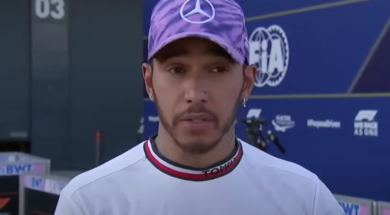 VIDEO: Hamilton’s Response When He Finds Out Verstappen Is In Hospital

18 juli 2021
SportVideos
50.24K
After the race Lewis Hamilton found out Max Verstappen is currently in the hospital during an interview. This moment is shown in the video below. Update: Max Verstappen’s response on Instagram added below the video.   Dit bericht bekijken op Instagram   Een bericht gedeeld door Max Verstappen (@maxverstappen1)
Read more 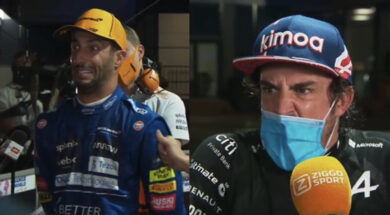