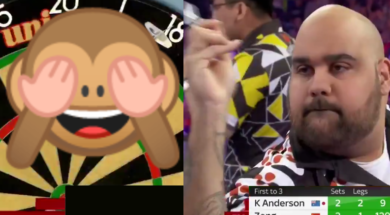 15 december 2019
SportVideos
14.56K
This afternoon Kyle Anderson played his match at the PDC World Championship against Xiaochen Zong. The Chinese player took a 2-0 lead in sets but The Original made a great comeback and finished the game in style with a never before seen double double checkout. 14560
Read more 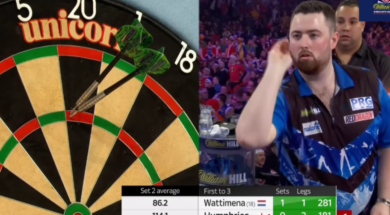 Luke Humphries Having Fun With Crowd Faking A 180

15 december 2019
SportVideos
4.31K
We all remember Dirk van Duijvenbode hitting busting his score with a 180 at the PDC World Championship. Luke Humphries was on 181 today when he did this… 4305
Read more 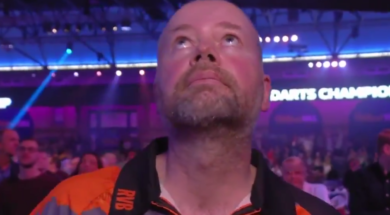 14 december 2019
SportVideos
8.86K
Raymond van Barneveld was emotional after his first round defeat in the PDC World Championship. It turned out tonight was his last match of his career. 8864
Read more 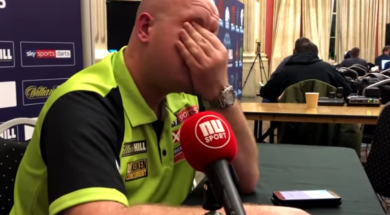 14 december 2019
SportVideos
52.42K
Michael van Gerwen did beat Jelle Klaasen last night but the number 1 in the world had a very hard match. He was nearly 0-2 down in sets but some incredible bull checkouts saved his match. After the game he said he hates Jelle Klaasen but he didn’t explain why. When the camera’s were off […]
Read more 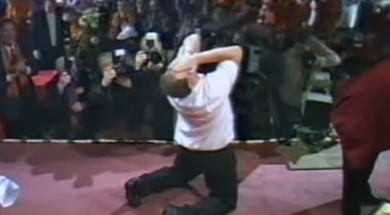 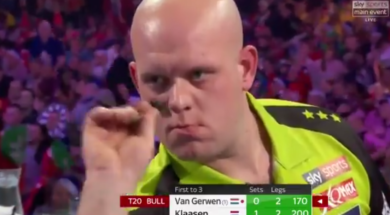 13 december 2019
SportVideos
3.16K
Michael van Gerwen was in trouble during his match with Jelle Klaasen. The Cobra was on his way to get a 2-0 lead in sets when the number in the world hit the big fish. From that moment he couldn’t even miss the bull as we show you below with two more bulls-eye checkouts. 3157
Read more 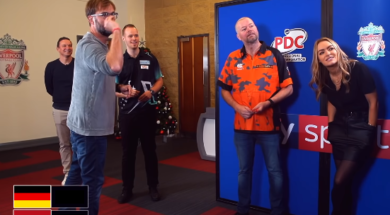 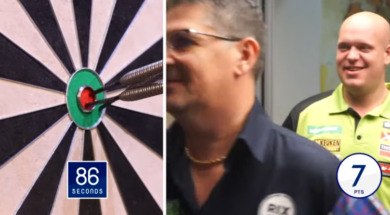 12 december 2019
SportVideos
3.62K
Yesterday we showed you this video of Peter Wright, Rob Cross ad Michael Smith having a go on the Bulls-Eye Challenge. They scored an incredible number of 49 points in 90 seconds. Now it is up to Michael van Gerwen and Gary Anderson trying to beat this score. Also watch: Wright, Cross & Smith Set […]
Read more 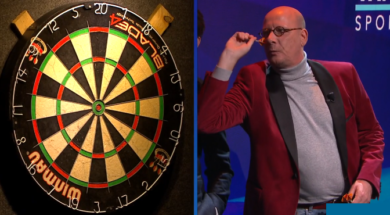 12 december 2019
SportVideos
16.96K
Last night Co Stompé, rapper Donnie and singer Danny Vera were in Dutch tv show ‘Beau’. They got challenged who would be able to hit a single bull or bulls-eye. Below we bring you the footage. 16958
Read more 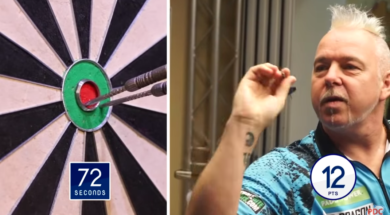