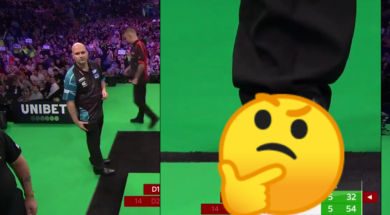 13 februari 2020
SportVideos
8.12K
Rob Cross secured his first point of tonight in the Premier League with a remarkable shot. His first darts blocked double 16 but he managed to hit it with a brilliant dart! Or was it illegal? Below we show you footage of this actual momen with a close look from the side. What do you […]
Read more 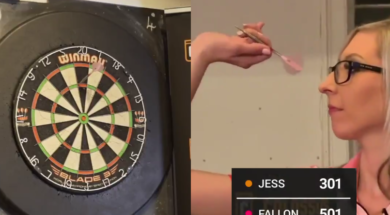 12 februari 2020
SportVideos
5.24K
Tomorrow Fallon Sherrock will play against Glen Durrant in the Premier League of Darts. But before she enters the stage she played another remarkable match against Colossus Captain. He is no pro player so she gave him a 200-point head start. Will he have a chance? Let’s find out! Like our videos? Like our new […]
Read more 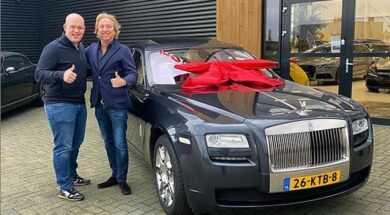 11 februari 2020
SportVideos
1.91K
Michael van Gerwen has bought an exclusive car called the Rolls Royce Ghost. It was worth a whopping 337.617 Euro which is over a quarter of a million pounds. This was 10 years ago though so we bet he had a good discount. It has a massive 572 HP and a top speed of 155 […]
Read more 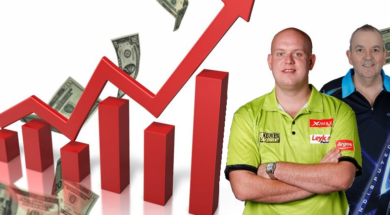 11 februari 2020
SportVideos
4.72K
These days you can win serious money with professional darts. There are millions of pounds on the PDC Order of Merit but who has won the most money so far? You might not be surprised this is a battle between Phil Taylor and Michael van Gerwen. But who is the current leader? Let’s find out! […]
Read more 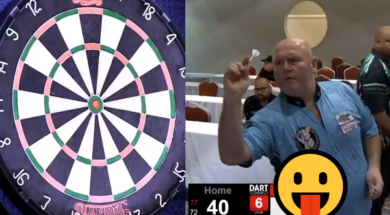 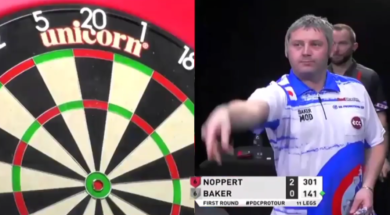 9 februari 2020
SportVideos
5.61K
This weekend there have been 5 perfect legs during the Players Championship 1 and 2 in Barnsley. Mike van Duivenbode, Mickey Mansell, Scott Baker, Keegan Brown and Nathan Aspinall all hit perfection. But only the one by Scott Baker was caught on camera which we can show you below. Note: Because of a little problem with […]
Read more 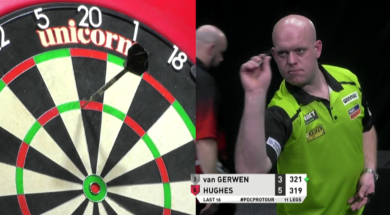 9 februari 2020
SportVideos
8.73K
During today’s Players Championship 2 it was Michael van Gerwen who showed another incredible leg. He got close to perfection but missed triple 19 and decided to switch back to triple 20. This means he had double 1 left for a 10-dart leg. Althought there is no footage of his match today we can show […]
Read more 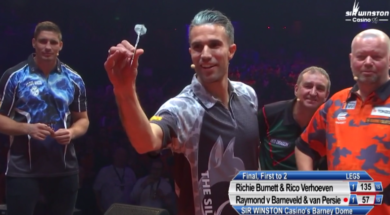 9 februari 2020
SportVideos
6.89K
Last Saturday was the Farewell event for Raymond van Barneveld called BarneyDome. The 5 times World Champion was a pair wih Robin van Persie and they made it into the final where they played against Bobby George and Bobbi Eden. Other players at this event were Phil Taylor, Richie Burnett, Martin Adams, Rafael van der Vaart, Rico […]
Read more 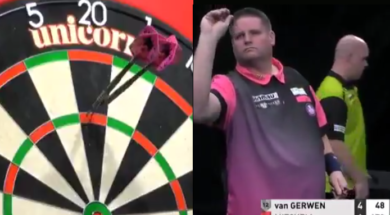 8 februari 2020
SportVideos
3.53K
Scott Mitchell played his first match in the PDC Players Championship today. He started his debut against Michael van Gerwen and ScottyDog wasn’t able to beat him. The world number 1 won 6-2 but However the former BDO World Champion did announce himself in the PDC with a 170 checkout.
Read more 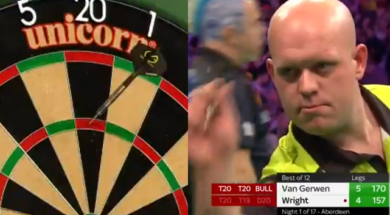