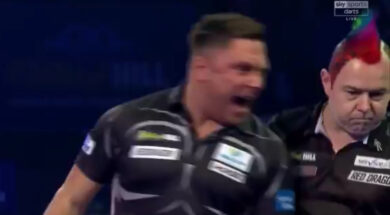 30 december 2019
SportVideos
5.56K
Gerwyn Price and Peter Wright already had this incident on stage after set 1. But there was another moment when there was also some physical contact after set 2 when The Iceman got too close to Snakebite during one of his celebrations. [adrotate banner=”12″] Also watch: Gerwyn Price Claims This Incident Made Him Lose Final […]
Read more 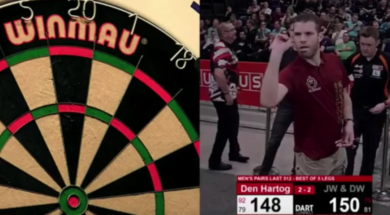 2 februari 2020
SportVideos
5.54K
At the Dutch Open 2020 two unknown Dutch players have managed to beat BDO World Championship runner-up Jim Williams and his partner Dean Winstanley. Koen den Hartog and Eddy Merlijn were happy to play in front of the camera but nobody expected them to beat Williams and Winstanley. Below we bring you footage of the […]
Read more 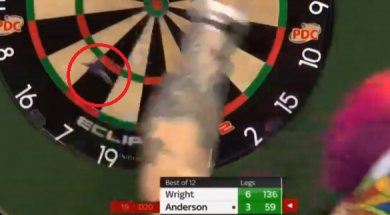 23 februari 2018
SportVideos
5.53K
Gary Anderson has the nickname ‘The Flying Scotsman’, but last night he was flying pretty fast. He was 6-3 down and he was in a hurry as we can see in the video below. Peter Wright was collecting his darts but it took some more time than Anderson expected. He nearly hit Peter Wright in […]
Read more 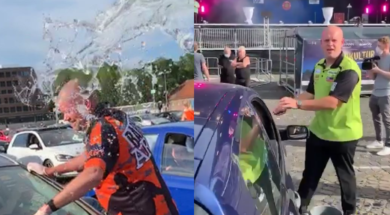 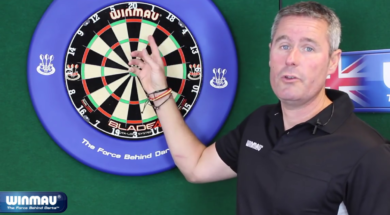 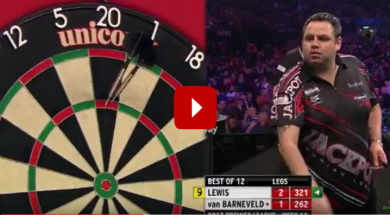 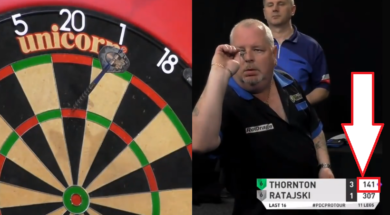 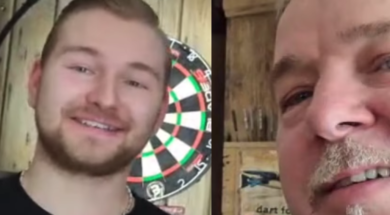 26 maart 2020
SportVideos
5.46K
Dimitri van den Bergh is currently in Scotland and is unable to go home to Belgium because of the current Corona-virus. That is why Peter Wright invited him to his house to spend time with each other. The Dreammaker is helping the World Champion on his farm and of course they practice a lot together. […]
Read more 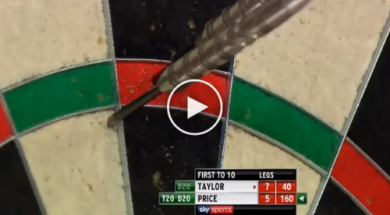 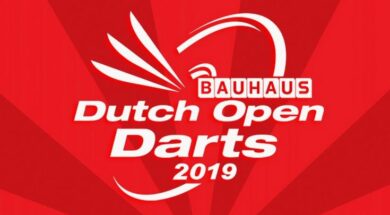