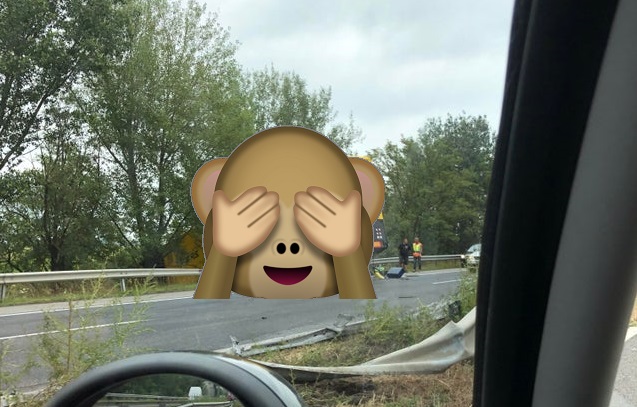 F1 Renault Truck Crashed On His Way To Hungarian Circuit 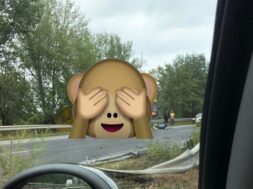 F1 Renault Truck Crashed On His Way To Hungarian Circuit

Renault was one of the teams who had a terrible race in Germany last weekend. Hulkenberg crashed when he had the possibility to finally get his first podium and Ricciardo had to retire after an engine failure. 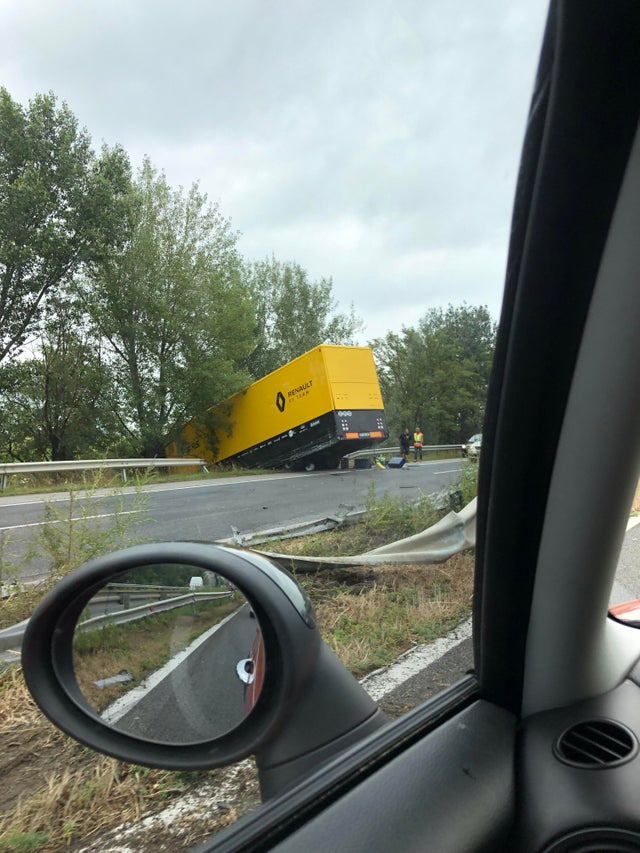 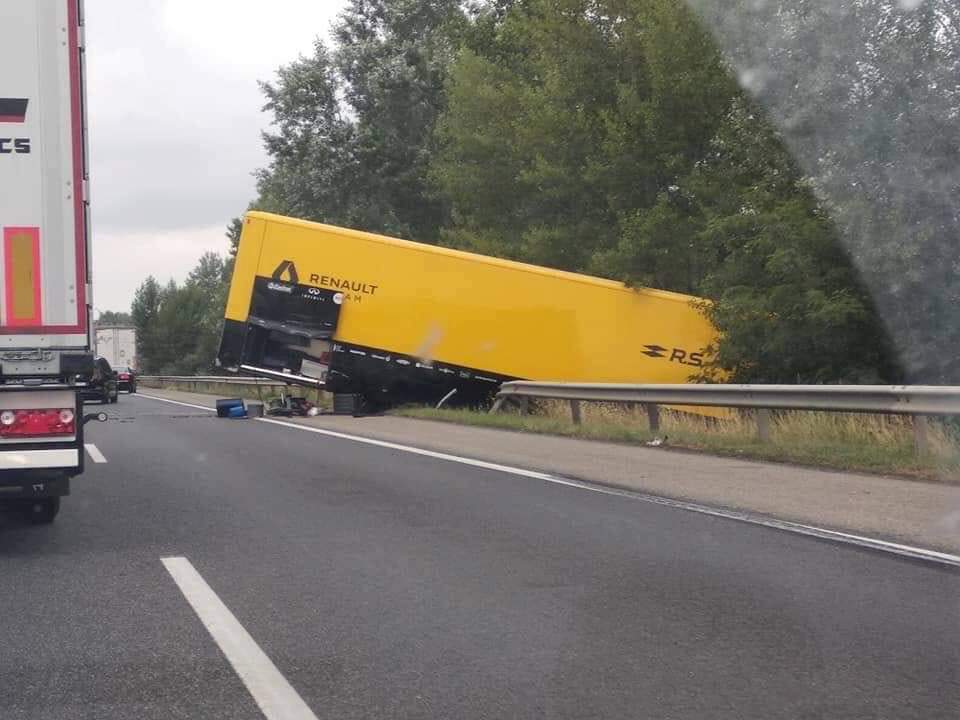 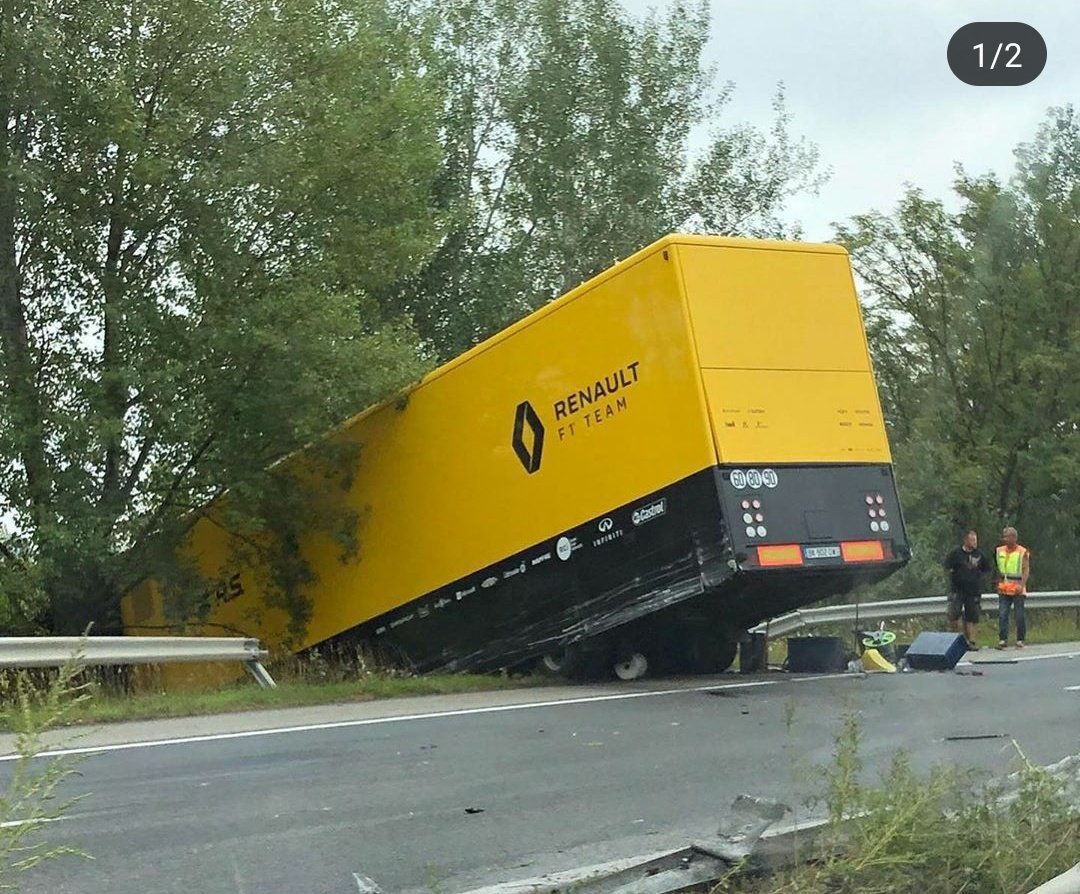 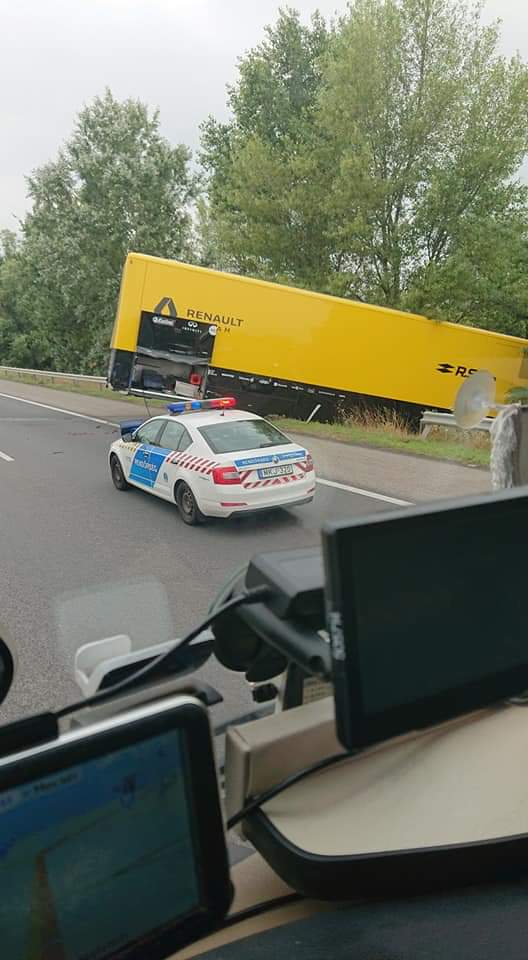 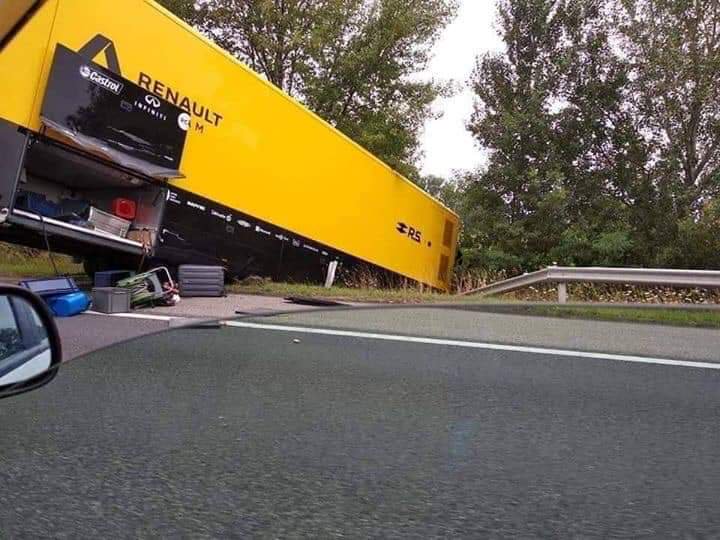 We confirm that a Team truck was in an accident on the M1 in Hungary, near Gyor. The driver, who was driving within the respected regulations, is conscious and has not suffered serious injury. He’s been transported to hospital for further checks. No other vehicles were involved.