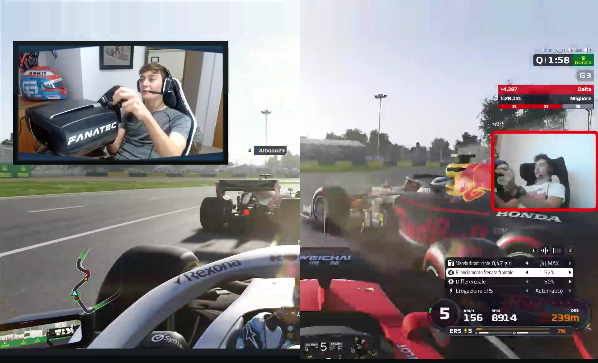 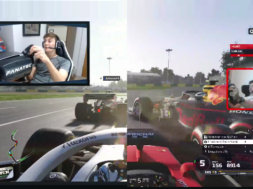 Last night Formula 1 drivers George Russel, Charles Leclerc and Nicholas Latifi also joined Lando Norris and Max Verstappen on iRacing. They had some great battles and in the end George Russel and Alexander Albon were fighting for P2. The Williams driver was in second place with Albon right behind him during the last lap when he run out of full and then this happened…

Charles Leclerc won the race and because of this incident his brother Arthur Leclerc finished P2. But there was still some good news for Alexander Albon which was highlighted by the Ferrari driver right after the finish. Not sure he was happy about it when it was Leclerc telling him: “Alex, it is your the first podium in Formula 1!”

Leclerc: "Alex it is your first F1 podium" pic.twitter.com/tfpzOhFM24

Sunday night they will race in the Virtual Grand Prix and the full line-up and livestream is shown here.

The Ferrari driver couldn’t help it to have a shot on track at Alexander Albon himself as well. Below we bring the footage of Albon getting T-boned by Charles Leclerc.

Also Johnny Herbert joined on iRacing and took his moment of fame when George Russel let him pass. But it turned out to be a bad idea because this is what happened next… 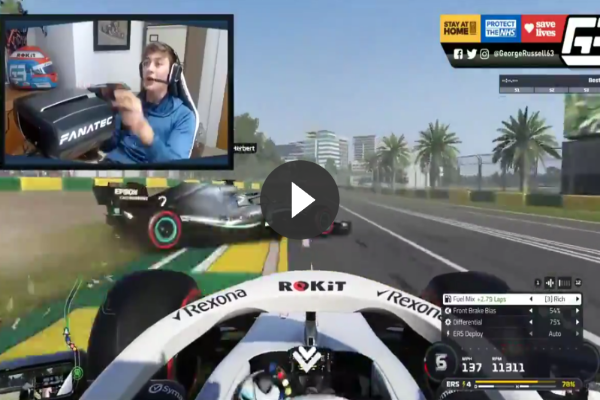 This weekend on Sunday the F1 Esports Virtual Grand Prix will be raced at Albert Park because the streetcircuit of Hanoi isn’t in the F1 2019 game. Formule 1 drivers Charles Leclerc, Alexander Albon, George Russell, Lando Norris and Nicholas Latifi will compete.

Sunday night the virtual race Grand Prix will be raced with 6 drivers of the F1 2020 grid. Watch the full line-up and the livestream in this article.