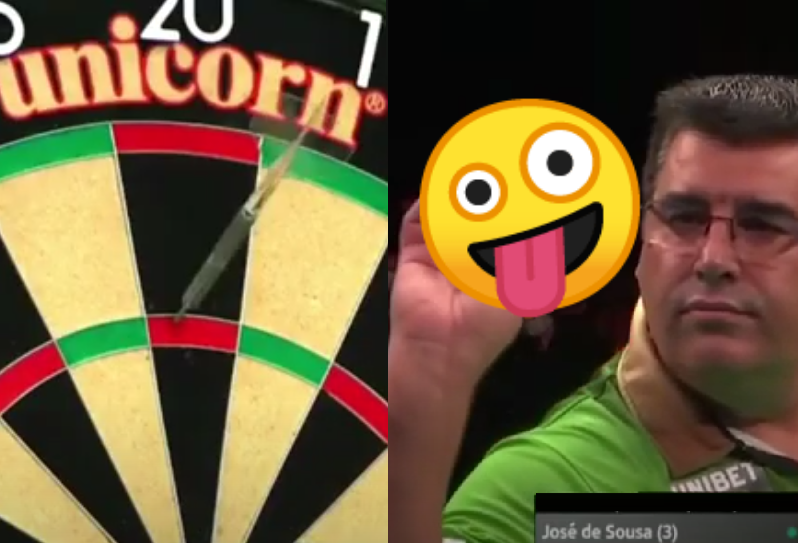 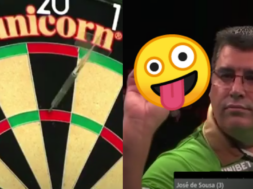 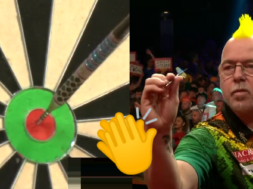 During the Players Championship 14 on Monday we saw Jose de Sousa again like we know him. He had another crazy shot during his game wth Stephan Burton. The Special One opened the 9th leg with 180, 180 followed by 139 and finished the leg on double 1 for a 10-darter.

The footage below shows this moment and however he didn’t play at a board with camera we can still show you what it looked like. Because if you scroll down we bring you footage of Michael van Gerwen doing the exact same thing on stage back in 2016.