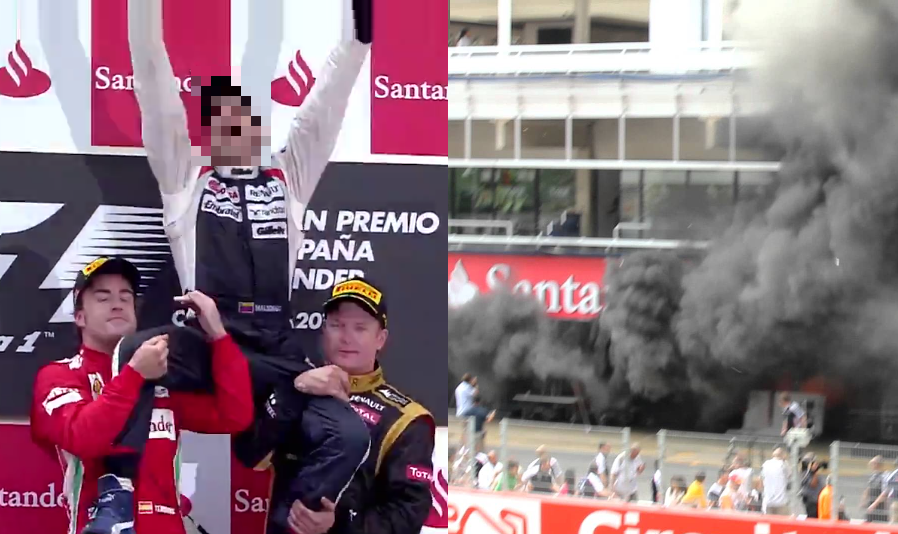 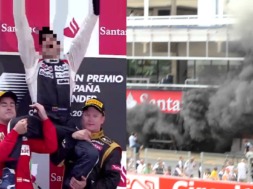 The Spanish Grand Prix of 2012 is exactly 8 years ago on this day and was one of the craziest days in the history of Formula 1. Pastor Maldonado was known as the crash king but he surprised everybody by winning this race with Fernando Alonso in 2nd place and Kimi Raikkonen in 3rd place. It was the first win for Williams in nearly 8 years.

A #SpanishGP classic for the ages

Pastor Maldonado claimed an incredible victory back in 2012 🏆

Holding off none other than home hero Fernando Alonso 👀 pic.twitter.com/l7RAyTojFb

But there was more craziness after the race when there was a massive fire in the pitbox of Williams right after Maldonado won the Spanish Grand Prix. One employee of Williams was taken to the hospital in Barcelona with serious burn wounds while five others were taken to local hospital for smoke inhalation. A further ten people were treated at the Catalunya Circuit for smoke inhalation before being released.

This all happened 90 minutes after the race. Pit crews from several teams were able to bring the blaze under control. Early accounts surfaced suggesting that the fire was caused by fuel that exploded while being prepared for a routine post-race inspection. Photographs taken at the scene showed Senna’s car as being the point of origin of the fire, which ignited when a fuel rig used to drain the car started leaking, while other reports suggested that a spark from the KERS unit initiated the blaze. Senna’s FW34 was damaged as a result while Maldonado’s car was not in the garage at the time.

Teams were reported as lending equipment to Williams for the Monaco Grand Prix to replace everything that was lost in the fire. Maldonado rescued his twelve-year-old cousin Manuel from the fire, as he had a broken foot.