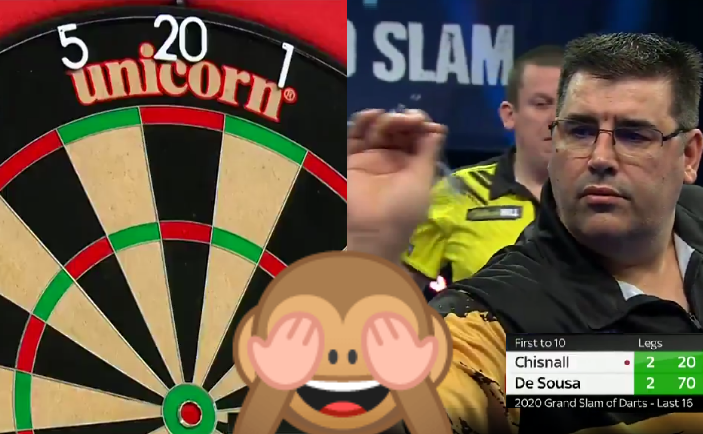 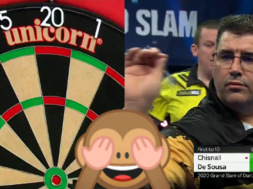 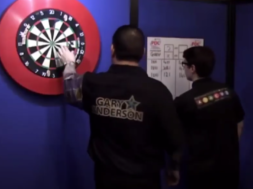 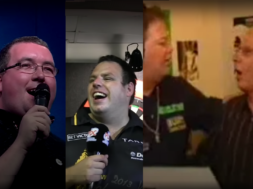 Jose de Sousa often has some crazy miscounting and during tonight’s match at the Grand Slam of Darts he had another bizarre moment. He was on a 70 checkout when he hit single 1 and single 19 leaving the bulls-eye. Despite Chisnall was on double 10 he decided not to go for the bulls-eye but hit single 18 to leave 32.
.
Look what happened next….

After the game Jose de Sousa said in his interview it was no mistake and he knew Dave Chisnall was on 20.