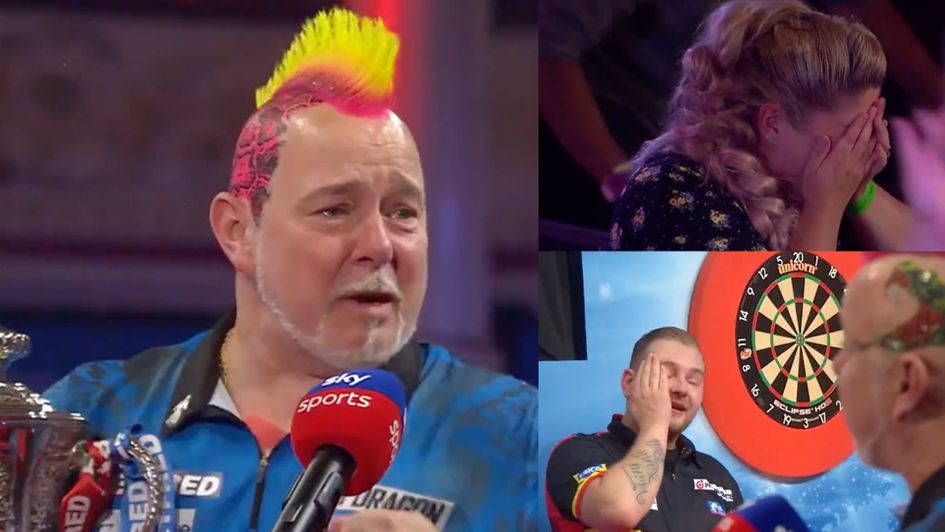 Last year Dimitri van den Bergh lived with Peter and Joanna Wright for 3 months when he wasn’t able to get home. They adopted him as their son and so it was a very emotional moment when Peter won the World Matchplay beating Dimitri last night and dedicated this to his wife who is recovering from a surgery.

He said he'd win it and he did just that ? pic.twitter.com/ruCCBhsmG9

Watch as an emotional Peter Wright dedicates his first-ever World Matchplay win to his wife, Jo.