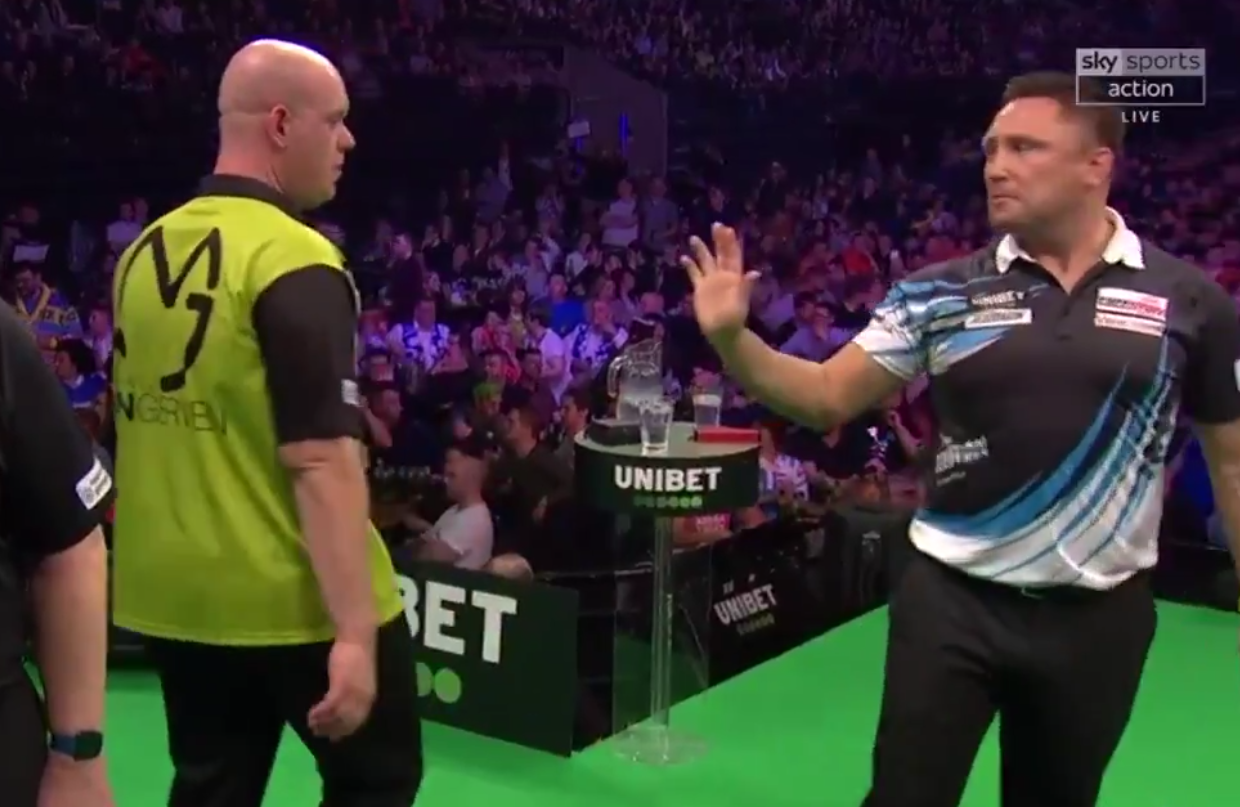 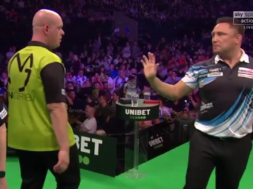 During tonight’s Premier League night there was a small incident between Gerwyn Price and Michael van Gerwen. The Iceman was throwing that fast behind Van Gerwen he actually touched the Dutchman while throwing.

The number 1 in the world wasn’t happy and told him this was already the second time this happened in this game. After the game it was Gerwyn Price who wasn’t happy and wasn’t willing to give Van Gerwen a handshake or fist bump at first.

Both moments are shown below.
[adrotate banner=”12″]