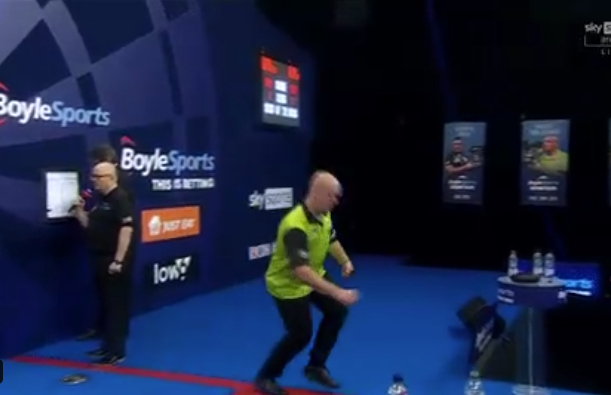 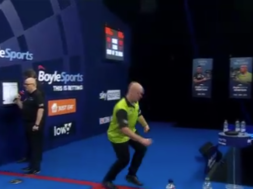 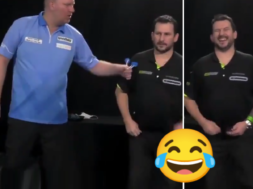 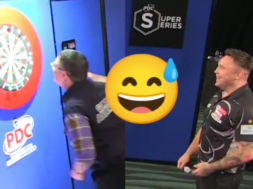 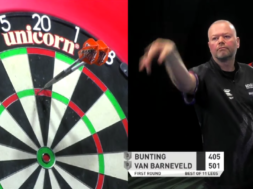 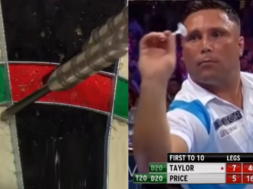 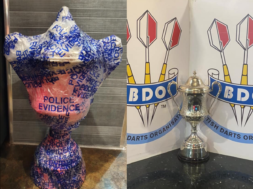 Michael van Gerwen got beaten by Simon Whitlock but he almost got injured as well. Watch how he almost tripped on the stage of the Grand Slam during his match with The Wizard.

It reminded us of Robert Thornton who had a similar moment during the Premier League in 2014. He also had such a stumbling moment but it almost made him fall off the stage.