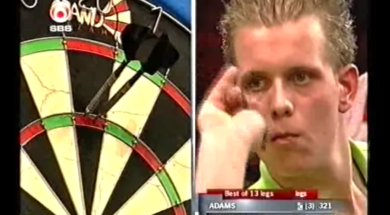 30 april 2020
SportVideos
9.30K
Two weeks ago we showed you the highlights of Michael van Gerwen’s first match against Phil Taylor on television. But a year earlier he played another incredible game against Martin Adams at the International Darts League 2006. A week before this game Michael van Gerwen was only 16 years old but he wasn’t impressed playing Wolfie. […]
Read more 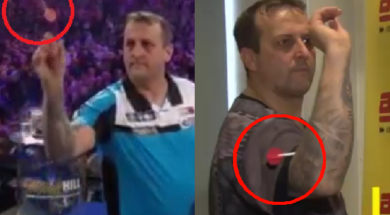 Zoran Lerchbacher Is Back With A New Incredible Trick Shot

29 april 2020
SportVideos
2.05K
During the PDC World Darts Championship 2017 Zoran Lerchbacher showed a trickshot in his match against Mervyn King. He threw his dart into the air, flipped it, catched it and had a throw at the dartboard. This happened during a break but was captured on video and went viral. [adrotate banner=”12″] Zoran Lerchbacher’s trick shot […]
Read more 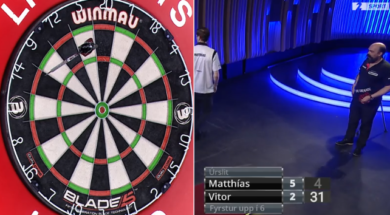 Last Weekend This Darts Tournament Was Played On TV In Iceland

28 april 2020
SportVideos
1.20K
Last weekend the Darts Invitational 2020 was played in Iceland. What makes it special is this is no tournament played at Home but an actual tournament with the players at the same location. They played within the rules of the Corona virus and maintained the distence of 1.5 meters from each other. Also the referee […]
Read more 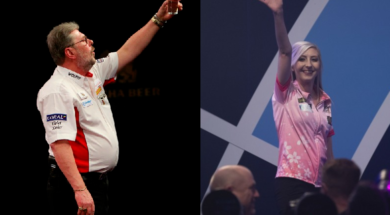 Fallon Sherrock Beats Martin Adams In ‘A Night At The Darts’

27 april 2020
SportVideos
1.38K
Last Saturday we saw Fallon Sherrock beat Scott Mitchell in ‘A Night at the Darts’. Tonight she will battle against Martin Adams and will also play against Kyle McKinstry, David Evans and Mike Warburton. We will bring live footage of this game with this livestream below. Also watch: Livestream: PDC Home Tour Day 11 Night at […]
Read more 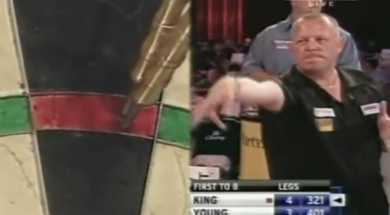 27 april 2020
SportVideos
7.05K
Earlier we spoke about Mervyn King hitting a 9-darter without flights. There was no footage of this incredible moment but we do have footage of another incredible achievment by The King. He set a world record during the Las Vegas Desert Classic back in 2008. Watch how he scored 4 times a 180 in a row. […]
Read more 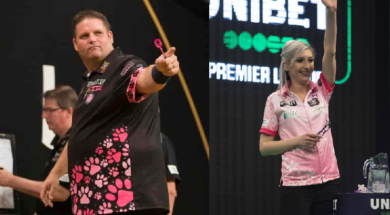 Fallon Sherrock Beats Scott Mitchell In ‘A Night At The Darts’

25 april 2020
SportVideos
1.44K
Phil Taylor will compete in ‘A Night at the Darts’ on Thursday night. He will start the night with a battle against Scott Mitchell and will also play against Wessel Nijman, David Evans, Jason Askew and Boris Koltsov. We will bring live footage of this game with the livestream below. Night at the Darts Evening session […]
Read more 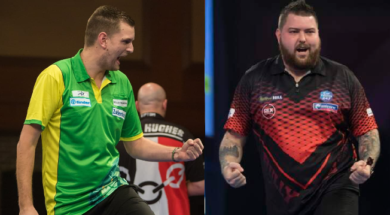 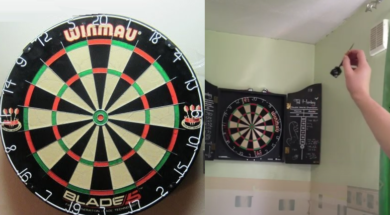 Can You Complete The Backwards Bulls-Eye Challenge?

25 april 2020
SportVideos
287
We have a new challenge for you which you can complete with just 1 dart. It is called the Backwards Bulls-Eye Challenge and all you need to do is throw a dart backwards and hit the bulls-eye. We wish you good luck! [adrotate banner=”12″]
Read more 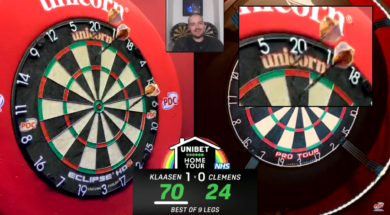 24 april 2020
SportVideos
9.38K
Last night Jelle Klaasen competed in night 7 of PDC’s Home Tour. During his match against Gabriel Clemens the Dutchman did a 70 checkout but many viewers were complaining the third dart wasn’t in the double. Below we bring you footage of this moment. [adrotate banner=”7″] Jelle Klaasen’s 70 checkout We have to admit it […]
Read more 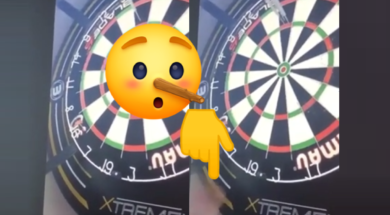