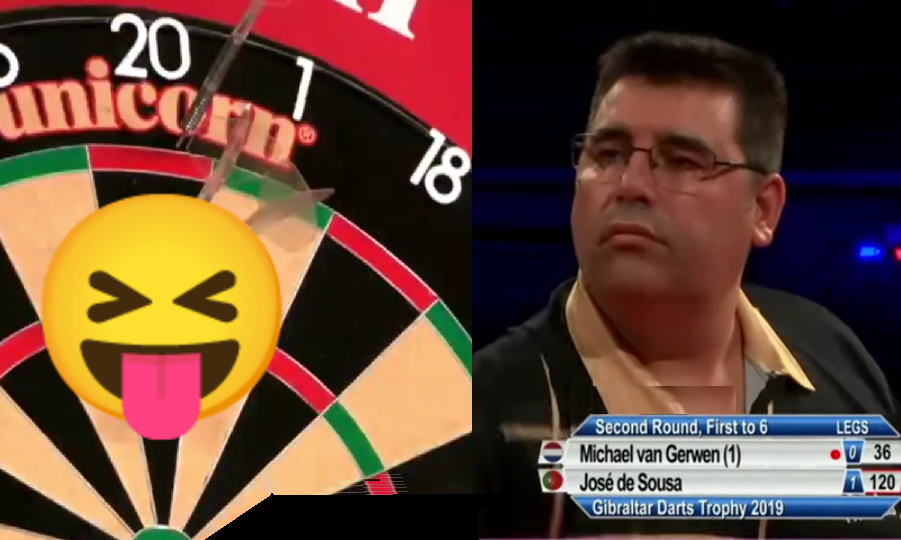 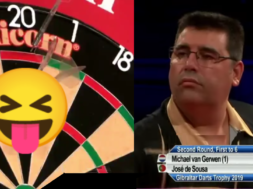 Tonight Michael van Gerwen will face Jose de Sousa in their match at the Premier League of Darts. Will The Special One make a big mistake again like he did two years ago when he tried a 120 exhibition shot against the world number 1?

It is unheard to go for three times double 20 during an official game on stage. Michael van Gerwen shows in the next video how to do the 120 checkout like De Sousa intented. But the Dutchman did this exhibition shot, like you would expect, at an exhibition night…