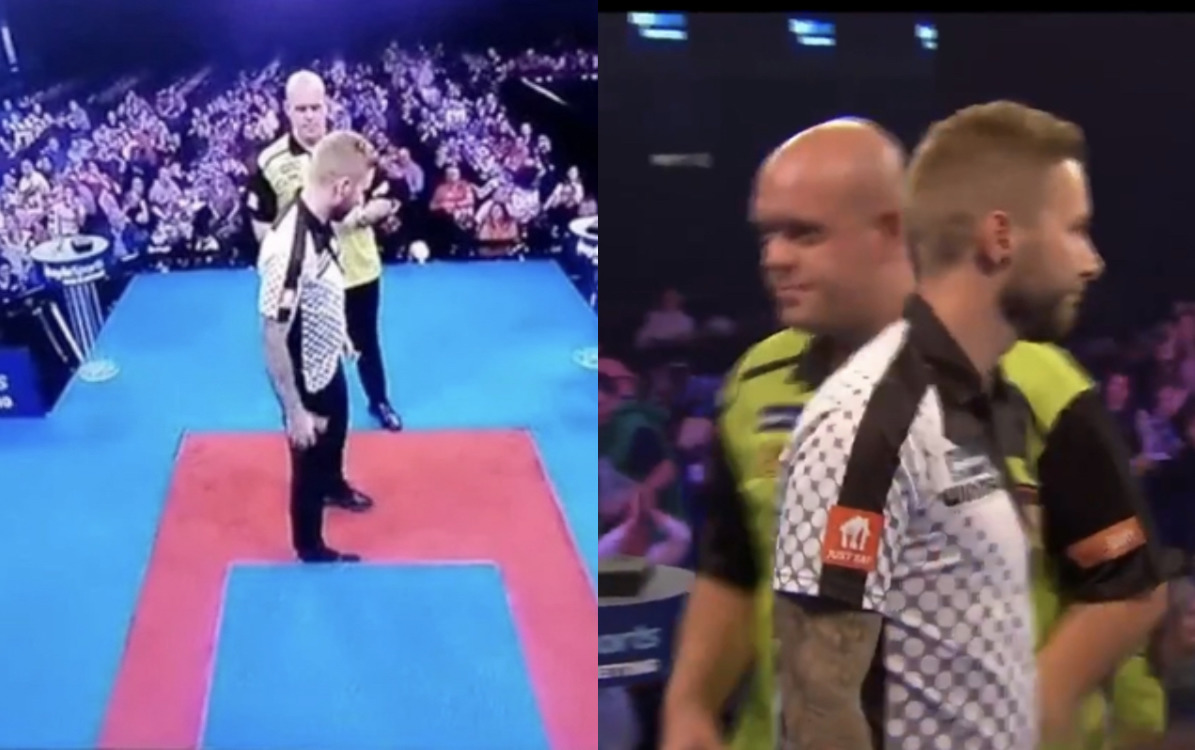 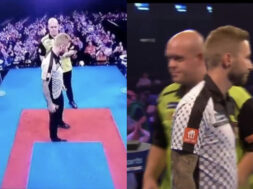 During the game between Danny Noppert and Michael van Gerwen there was this incident which resulted in no handshake at the end. The former teammates had some words backstage in which Noppert accused Van Gerwen of cheating.

The moment they were talking about:

Wayne Mardle clears up the incident that upset Danny Noppert during his victory over Michael van Gerwen. @Wayne501Mardle pic.twitter.com/tACqRAu94z

No handshake after the game:

Danny Noppert has dumped five-time champion Michael van Gerwen out of the 2021 World Grand Prix after a straight sets success!

Another huge name falls at the first hurdle!