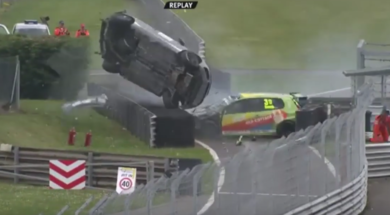 23 mei 2019
SportVideos
470
During a race in Snetterton, England, Crossley and Smith had a massive crash last weekend. Watch how this VW Racing Cup ended up in a red flag. 470
Read more 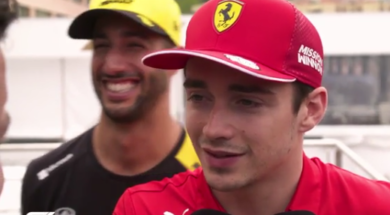 23 mei 2019
SportVideos
721
Yesterdey we saw Daniel Riccardo having fun with Max Verstappen during the press conference. Now it is the Aussie who is photobombing Charles Leclerc during his interview. 721
Read more 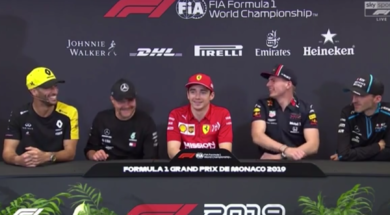 Daniel Ricciardo And Max Verstappen Having Fun During Press Conference

22 mei 2019
SportVideos
1.00K
During today’s press conference before the Monaco Grand Prix it was Daniel Ricciardo and Max Verstappen who were having fun again together. Watch how the Aussie steps in when Max got asked about how he’s matured over the past year. 1003
Read more 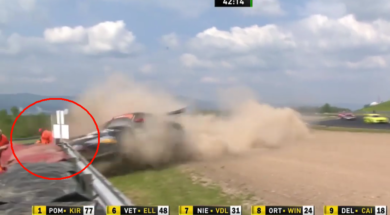 This Marshall Got Lucky After Getting Hit By A Porsche Crashing

20 mei 2019
SportVideos
154
This weekend there was a crash during the ADAC GT Masters where a Porsche crashed into the barrier. Right behind that barrier there was a marshall standing who got hit but got a lucky escape. Watch this incident including the driver walking to the marshall afterwards. 154
Read more 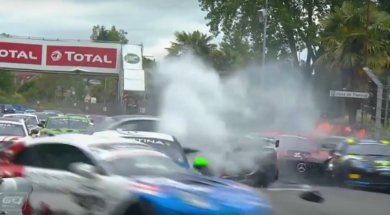 Massive Pile Up During GT4 France At Pau 2019 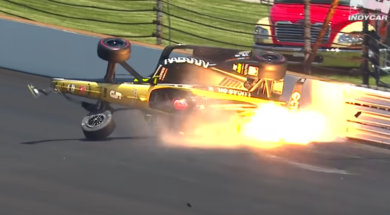 18 mei 2019
SportVideos
358
After Indy 500 Practice it was time for qualifying today. And again it went wrong with a massive crash, this time it was James Hinchcliffe. The Arrow Schmidt Peterson Motorsports driver was checked, cleared and released from the Indianapolis Motor Speedway Infield Medical Center shortly after the incident. Also watch: Crash 1: Fernando Alonso Just Had This Massive […]
Read more 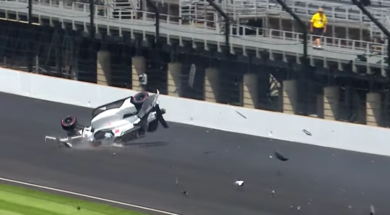 17 mei 2019
SportVideos
237
Kyle Kaiser had a big crash during Indy 500 Practice today which makes it the 4th this week. The Juncos Racing driver was checked, cleared and released from the medical center shortly after this incident. Also watch: Crash 1: Fernando Alonso Just Had This Massive Crash in Indy 500 Practice Crash 2: Felix Rosenqvist Crashed […]
Read more 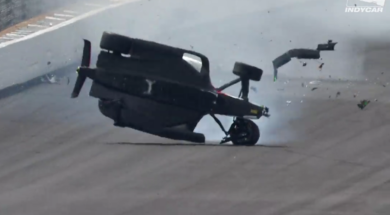 16 mei 2019
SportVideos
513
We already have seen Fernando Alonso and Felix Rosenqvist crash but today there was a third big incident during Indy 500 Practice day 3. This time it was Patricio O’Ward who hit the wall at a high speed and luckily also he was uninjured. 513
Read more 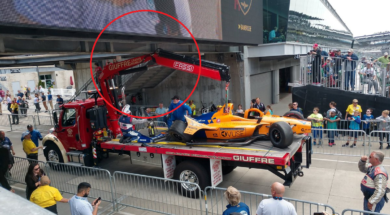 16 mei 2019
SportVideos
622
Yesterday we showed you this video of Fernando Alonso crashing during the Indy 500 Practice. But what happened right after that is something we have recently seen in Formula 1 in Baku. Remember the recovery truck-incident with George Russel’s car on it 3 weeks ago. Same thing happened to the recovery truck with Fernando Alonso’s […]
Read more 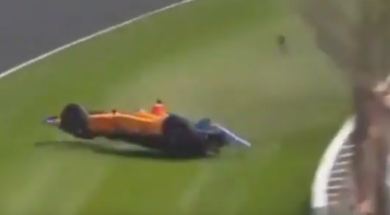 Fernando Alonso Just Had This Massive Crash in Indy 500 Practice

VIDEO: Max Verstappen Goes Down In F1 vs MotoGP Challenge